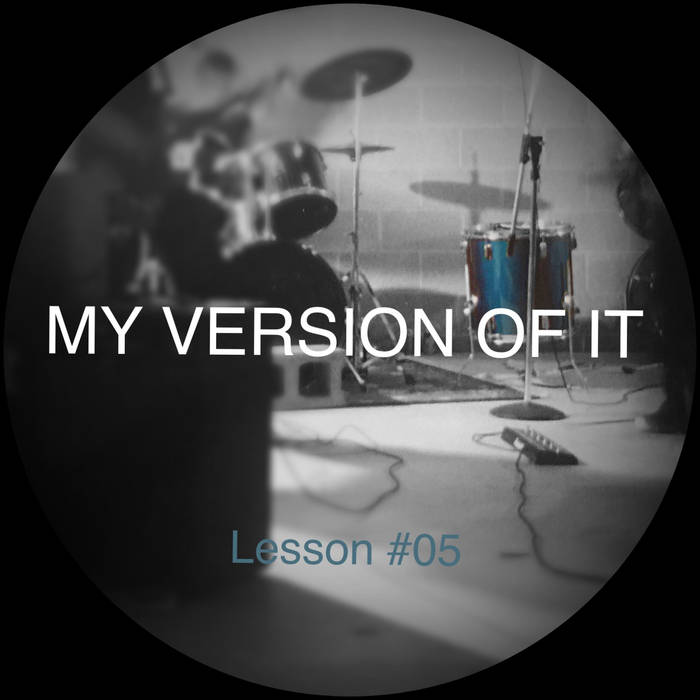 Lesson #05 was the “first” My Version of It song. That is to say, it was the first real composition collaboration between Sexfinger and Dave Grind since their days in Year of the Comet. The original MVOI Demo tape was recorded in October of 2000 featuring two of the songs available here.

In 2007 MVOI took to the studio to record what would become their “One Way” album. Although that album contains only 11 songs, MVOI recorded some 21 songs in the studio. Two of those songs were studio reworking of their original demo tape songs Lessons 5 and 8.

Not quite right for inclusion of One Way, MVOI released Lesson #05 b/w Lesson #08 as a digital single.