In 2009, Those Rock Lords, My Version of It, released the album “Year of the Comet.” To raise awareness of the album, My Version of It commissioned Delaware DJ S–Finger to create some alternate mixes of tracks for the albums. Finger, a child of the 8-bit era of video gaming, came up with the idea to create some “nintendo” versions of songs on the album. On April 28th, 2010, MVOI approved the first demo track an 8-bit NES Nostalgia version of the track “Nunc Dimittis.” The track debuted on local radio stations that week and garnered unsuspected acclaim. The MVOEntertainment Group quickly commissioned S–Finger to create an entire album of 8-bit versions of the songs on the original “Year of the Comet” disc. This album contains all digital 8-bit music based on the complete “Year of the Comet” album. The album was tracked, programmed, arranged and mastered by S–Finger on the JSR Famitracker software that utilizes only the sounds available on the original NES. Two Square Waves, One Triangle Wave, A Noise Channel and a Sample channel.

The 8​-​bit Series: Year of the Comet 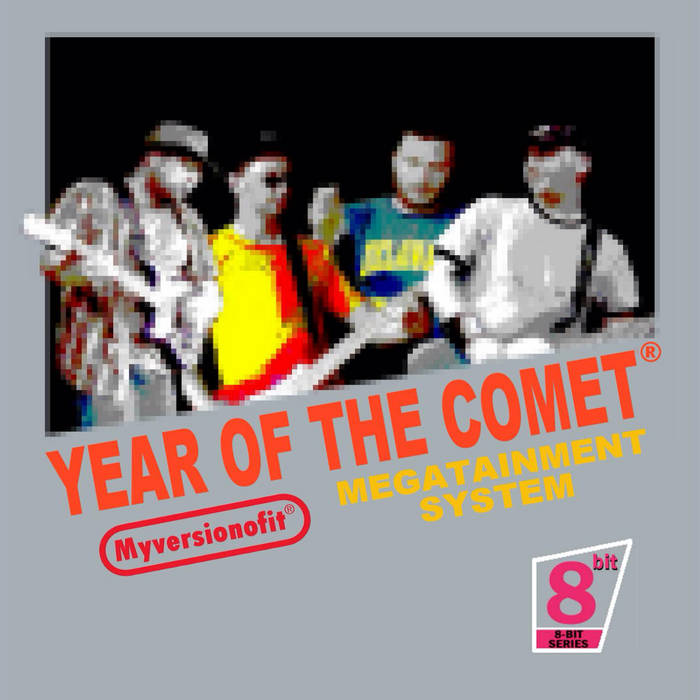 This album contains 13 previously unreleased digital 8-bit instrumental tracks and can be enjoyed as a standalone CD with a sound popular to the retro chip tune community or can be enjoyed as a companion piece to the 2009 MVOE release “Year of the Comet” CD. It was recorded using authentic technology and therefore is unedited and in mono. The only changes to the tracks were a volume boost to keep with the fidelity of modern compact discs.

The result of over 200 hours of tracking are these 8-bit versions of some of My Version of It’s best known songs. The first My Version of It song “Lesson #02” – the raunchy rock classic “Come All Night” – “Eight-Bit Gods,” the aptly renamed version of “Guitar Gods” – “Eight-bitification” the 8-bit remake of the Delaware anthem “Delawareification” and many others.

The CD is a new sonic MVOI experience that pays tribute to the original album and some of your favorite old-school 8-bit games.